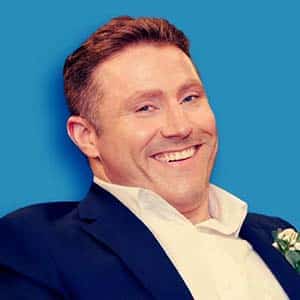 I’ll share a little bit about my life and spiritual journey with you. I found ACIM in 2006 while reading Wayne Dyer’s Power of Intention. I heard about ACIM here and there through other spiritual teachers, but didn’t think much of it. I picked it up one day at the public library. I read the first couple of pages and had no clue what it was saying; it felt like it was written in another language. Strangely enough I decided to buy the book, because something in me wanted to understand it. It wasn’t until 2008 when I went away to college that after an emotional breakdown, (of being so far away from my family) I found an ACIM study group. This was the beginning step to help immerse myself in these teachings with other like minded brothers/sisters.

When I was 14 years old I suffered a neck injury that caused me to be in a wheelchair. I was diagnosed with an incomplete spinal cord injury, which meant I could move all my limbs but didn’t have full function of any of them. I was put on a ventilator and had to be in the hospital for six months recovering and regaining as much function in my body as possible. It was extremely difficult for one moment I was a kid playing soccer, sports and just being a kid with no worries and the next moment I’m lying in bed paralyzed with a machine hooked up breathing for me. It was scary for me and even scarier for my family (especially my mom) to watch their baby brother/son fighting for his life to survive. At the time, I truly felt my life was over. I didn’t realize that this was not the end of my life, but just the BEGINNING!

Fast forward to 2012 when I graduated from college, I met a woman who was also disabled in a wheelchair. We became friends and shortly after that my living situation changed and she offered me to live with her. It was nice to have a roommate and friend to relate to that also had a disability. I introduced her to ACIM and we would read it here and there. Also, we would watch movies that were inline with ACIM teachings. It was so rewarding to share this with her. It was in August 2019 that unfortunately she told me that I couldn’t live with her anymore due to her needing the room that I was staying in for a full-time live in nurse. She told me I had till the end of December to find other living arrangements. I panicked as I didn’t know what I was going to do and where I was going to live. I didn’t want to move 500 miles south back with my family. Being away from them for those 10 years, I got to discover who I was and truly enjoyed for the first time the freedom of living away from my parents. It was only two months later in October that I met Miia on a Facebook dating disabled group. We instantly connected! I called her on the phone and we spoke for five hours through the middle of the night. It was so exhilarating to connect with another soul so deeply in such a short period of time. We would talk about EVERYTHING including what we would name our children! It was within a couple of months on December 30 that I moved from California to Virginia to live with Miia. I told myself that I didn’t know what I was doing because I have never lived on the east coast plus (being so far away from my family). In addition, she had a small 500 sq ft studio which I was concerned if there would be enough room for both of our wheelchairs and other medical equipment. However, we made it work!

After one year of living in Virginia, I found Nouk and Take Me To Truth. I had the Take Me To Truth website sitting on my internet browser for a couple months, but never explored it. One day I had the gentle nudge to check out the website. It was there that I discovered the Total Transformation Course (TTC). I had the Seven Keys to Authentic Relating document sitting on my laptop! Miia glanced at my laptop and saw the Seven Keys to Authentic Relating document. It was then that we started to read them and share our thoughts/ ideas about what would come up for us when attempting to apply the Seven Keys. Shortly after that we joined a TTC and found it TREMENDOUSLY helpful for both Miia and I. It was so encouraging to have a practical, straightforward tool to help guide our relationship.

After going through the TTC twice and hearing from numerous brothers and sisters in the Take Me To Truth family about how I would be an effective TTC facilitator, I finally took the dive and said YES to Holy Spirit. It is with sincere gratitude and humbleness that I am here now with overflowing joy and excitement to co-facilitate this TTC Journey. I am so grateful to be on this TTC journey my wife, Miia and every fellow TTC classmate that the Holy Spirit sends to us. I love you! Your brother in Christ, Adam.

We use cookies on our website to give you the most relevant experience by remembering your preferences and repeat visits. By clicking “Accept”, you consent to the use of ALL the cookies.
Do not sell my personal information.
Cookie SettingsAccept
Manage consent

This website uses cookies to improve your experience while you navigate through the website. Out of these, the cookies that are categorized as necessary are stored on your browser as they are essential for the working of basic functionalities of the website. We also use third-party cookies that help us analyze and understand how you use this website. These cookies will be stored in your browser only with your consent. You also have the option to opt-out of these cookies. But opting out of some of these cookies may affect your browsing experience.
Necessary Always Enabled
Necessary cookies are absolutely essential for the website to function properly. These cookies ensure basic functionalities and security features of the website, anonymously.
Functional
Functional cookies help to perform certain functionalities like sharing the content of the website on social media platforms, collect feedbacks, and other third-party features.
Performance
Performance cookies are used to understand and analyze the key performance indexes of the website which helps in delivering a better user experience for the visitors.
Analytics
Analytical cookies are used to understand how visitors interact with the website. These cookies help provide information on metrics the number of visitors, bounce rate, traffic source, etc.
Advertisement
Advertisement cookies are used to provide visitors with relevant ads and marketing campaigns. These cookies track visitors across websites and collect information to provide customized ads.
Others
Other uncategorized cookies are those that are being analyzed and have not been classified into a category as yet.
SAVE & ACCEPT